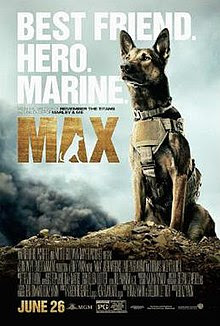 Modern American Heroes · The Story of Legendary Sniper Carlos Hathcock
Because there are positive roles models too!
www.modernamericanheroes.com
Years ago I read some books on Carlos Hathcock. Marine Sniper- What stuck out in my mind so much was the ability for Carlos to concentrate. There was a story about him crawling through an open field for 3 days! He had to cross this field in order to finish his mission. The only problem was that the enemy was always looking in the field- walking in the field.
He had to crawl inch by inch for 3 days through this field. Who can do that! Yes I know there are some folk who can but not that many compared to how many are walking the planet. He was chewed on by ants and other insects-  even laughed that he avoided death so many times but was going to be eaten alive and killed by these insects. When he had to go to the bathroom where do you think he did that at? Yep- he could not get up and use the restroom. Sometimes enemy patrols would walk right by him.
Then after everything that he went through during those 3 days on his belly- he had to get up- make the shot- and then get the heck out of there. Imagine how his muscles felt after 3 days of laying on the ground. It was a successful mission and he always viewed his missions as saving Marines, which he did.   Carlos Hathcock-

I named Carlos after Carlos Hatchcock. This dog had the ability to concentrate fully on one thing at a time- but very intense concentration.  I like to name dogs with a meaning behind the name.
The ripple effect by all of the lives that Carlos Hatchcock saved keeps on growing. There are some liberal pansies soft bellied folk who will point out that a sniper is killing people. Then there are the people who know that a sniper is saving lives.

Kinda funny that Carlos was named after a Marine and then plays a Marine--- Semper Fi !!!
Posted by Unknown at 3:45 AM No comments:


Here is a link to a movie called max- the lead dog was born here- his name is Carlos- after Carlos Hathcock a very famous Marine. From what I have read about Carlos Hathcock his ability to concentrate was phenomenal! Carlos the dog- well he was the same way.

Most dog people will agree on the fact that dogs are typically honest creatures where as humans are deceitful.  I get folk coming over to my place who wish to appear honest and of good character  but eventually their true intentions come out. I also get folk who come here who are honest and honorable- really good people. Dogs reflect both groups of people.
If a dog does not like you they show it and do not hide their feelings. People will smile in your face and then talk behind your back, nothing new there. Been going on forever and will continue until the Chicago Cubs win the World Series.
It does get aggravating at times though, kinda like ticks in the summer time. Blood sucking parasites that spreads diseases, people gossip. I have learned to keep a healthy distance when dealing with the public because that saying " God is great beer is good and people are crazy" is so true.
People look at my course and will copy stuff from that and then have no idea what they are doing with it. Its not about climbing, jumping, walking, crawling- it is not about that at all. They will emulate things that they see you doing but do not understand why you are doing it. They are full of excuses when their dogs do not listen to them and tend to treat their dogs as "children."
If their dogs do not perform- they blame the system or personally attack you. Again, they have many excuses and they also gravitate to people who also make excuses.
You will not find me saying anything negative about any other dog trainer out there. There are many so called dog trainers that do indeed like to put down someone else in an effort to make themselves look good. That only shows their lack of confidence, integrity and experience.

Let your own work prove yourself and if you cant say anything positive- keep quiet. When you open your mouth and talk that way, everyone knows what a fool you are-

Posted by Unknown at 4:30 AM No comments:

Apr 1, 2008
Chuck,
Just read your latest article. Well done. Your usual great work at presenting the information. To get people "re-blued" or "re-calibrated" after a combat deployment I recommend that agencies put the police officer thru a series of video simulator scenarios. This is a tremendous tool to help ID any problems, and to get the individual back on track.
However, I'd like to submit the "rest of the story." You ID'd three cases where there were problems, and no doubt there are others, BUT, a) we don't know if these would have happened anyway, b) we can both find a LOT of examples of officers who were NOT in the combat zone who made the same kind of mistakes, and (most importantly) c) in most cases the returning combat veteran is a superior asset for the agency.
Remember, in WWII we had 11 million men in uniform. Remember "Saving Private Ryan?” Most of the WWII vets saw things we can't imagine, many of them were there for 2, 3, and even 4 years on end, and they returned to the US as superior members of society. They were the "Greatest Generation" and a new greatest generation is now coming home.
These new combat veterans have all the advantages that we associate with the seasoned old WWII/Korea veteran cops that some of us 'old timers' remember. I remember how my dad, a beat cop in the 60's, looked up to the WWII/Korea vets. The WWII/Korea vets were his heroes, and the best thing he could say about them was that they were in combat in WWII or Korea. As far as he was concerned, that said it all. They are cool under fire, less likely to over-react, and most of them are better able to deal with stress. After combat, everything else in life can be a cake-walk.
Indeed, these new veterans may be better able to perform police duties than the veteran of Normandy, Anzio, or the Pusan Perimeter. The WWII and Korea vets were in constant high-intensity warfare. Our new vets were deeply involved in nation building, in an environment in which too much violence can be detrimental to the cause and is often severely judged and immediately punished.
Below is an extract from the 2d edition of On Combat that addresses the problem of finding “balance” in our care for the returning veteran.
With thanks for all that you do for the community.
Hooah!
Dave

noun \ˈsə-təl-tē\
: the quality or state of being subtle

: a small detail that is usually important but not obvious

Ahhhhhhh- the essence of dog training and so much more! It does not really make a difference what profession that one is in. You can be a Scientist or a garbageman. A bus driver or a ballplayer. Subtleties make the difference between  average and a true artist in ones profession.  In  dog training they make all the difference.

There are many examples to give but if you start to look for them you will start to notice many. For instance. One is walking a dog over a walkover and the dog is not used to it. Handler A takes his dog up- dog stops-he encourages the dog vocally and steps away from the dog a little- the dog follows.

Handler B takes his dog up- dog stops- he encourages the dog vocally - the dog does not move.

What was the difference? Why did dog A go forward but dog B stay?

Handler A walked away just a little which propelled the dog to follow him.
Handler B stood there- dog b was okay with just standing there too.

The definition above says it well- " a small detail that is usually important but not obvious."

Lets modify that definition a little- " a small detail that is usually important but not obvious to the handler."  The dog reacts to these subtleties whether you are aware of them or not.

Start looking for them- start doing them- watch the difference in your dogs behavior.

One Good Man Doing Something-

Navy Veteran Kendrick Taylor, tells Orlando News 13 that his core Navy values resonated loudly when he saw an elderly woman being attacked by a young man in a grocery store parking lot:


“Honor, courage, and commitment.” he said.

He knew he couldn’t stand idly by and watch this 76-year-old woman get her purse violently snatched after being shoved to the ground.


“What if that was my grandmother?”

Not taking into consideration any potential danger, Taylor ran straight for the culprit, tackled him- hard – and waited for police to arrive.
His act of courage earned Taylor the Medal of Merit from the Orlando Orange County Sheriff’s Office.

via Facebook/Kendrick Lamar Taylor
Taylor hopes this act will inspire others to do the right thing.

From serving his country to serving others, Taylor exemplifies true American spirit.

Great job! One good man doing something!!
Posted by Unknown at 11:50 PM No comments:

http://www.redflagnews.com/headlines/must-read-ex-fbi-agents-epic-open-letter-to-eric-holder-stuns-administration
Posted by Unknown at 9:28 AM No comments: